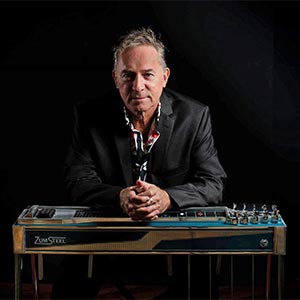 Originally from New Zealand, Paul's musical adventures began with several bands including Aloha Baby, a Hawaiian music group with Paul on the steel guitar. The group's website describes the band as "…masters of atmospheric instrumentals and Hawaiian Hapa Haole - evoking an idyllic Island wonderland – The Soundtrack of Hawaii…simply heavenly." Their music is described as consisting of "…hypnotic steel guitar runs, woven around syrupy-sweet crooning vocals in 3 part harmonies driven by the seductive pulse of double bass and ukulele."

Paul's successful music career includes achievements in songwriting, recording, and performing. He has won a number of music awards and has toured most Australian states and territories. He owns the Heaven Recording Studio where he is the studio's house engineer.

Paul Agar and Heaven Recording Studios have been creating a broad range of media products for over a decade. Paul writes, engineers and produces for Television, Radio and Artists of all genres. Paul's studio is based at Yamba on the lush sub-tropical North Coast of New South Wales, Australia.

Paul's Heaven Recording Studios are located 50 minutes north of Grafton and 65 minutes south of Ballina/Lismore in Yamba, NSW. The studio features a range of digital outboard effects as well as a number of boutique analogue devices and offers full mastering capability. In addition, we offer Film Post Production and DVD authoring services.

Spanning three decades, Paul's successful music career covers a wide range of achievements in the songwriting, recording and performing worlds. These include top 40 chart positions with his original music, winning a number of music awards as a writer and producer, and multiple award nominations. He has toured most Australian states and territories, including several tours with Melbourne-based band "The Flares" featuring stars from the T.V. shows Blue Heelers and Acropolis Now/Wogs Out Of Work etc, as well as a raft of other original and cover bands. As a writer, Paul has composed, recorded and performed with members of the cream of Aussie bands, including the Daryl Braithwaite Band, The Badloves, Mondo Rock and Things of Stone and Wood to name a few!

RNZ is RADIO New Zealand, a public broadcast station that consists of three broadcast genres. One of the station's features is Worlds of Music, hosted by Trevor Reekie.

Trevor Reekie posted on Facebook: "Worlds of Music Episode 231 features an interview with Paul Agar who back in the 80's formed a band called Marginal Era. Agar's song This Heaven was used as the theme song for Radio With Pictures. Paul relocated to Australia and these days runs a successful recording studio called Heaven and has applied himself to mastering steel guitar which employs a piece of metal applied to the strings that replicates those beautiful notes that have come to define Hawaiian and Island music. Performing as The South Pasifika Sound Project, Paul has just released an interesting album called Across The Pacific, an instrumental narrative of a journey across the South Seas, from Vanuatu in the west – to the Cook Islands in the east. It's brilliant!"

The album contains eight selections. According to Paul, "This album represents two of my passionsl the Steel Guitar and the South Pacific region and its various cultures. It aims to place steel guitar music, so closely intertwined with the sound of Hawaii, in a South Pacific context. The Steel Guitar provides a narrative for stories from different places and times."

"Moso's Footprint" is one of the eight selections on the album. At Cape Puerva, in Samoa, there is a strangely shaped indentation in the lava. Legend has it that it was made by the right foot of the famous giant Moso, as he stepped across the Pacific from Fiji.

The video can also be seen on YouTube. The album is available from Amazon.