This month we shine the Spotlight ON! Hideki Hattori.

Hideki Hattori is one of many musicians who started out on the guitar and evolved to the Hawaiian steel guitar, mastering the Hawaiian Slack Key guitar and other instruments along the way. 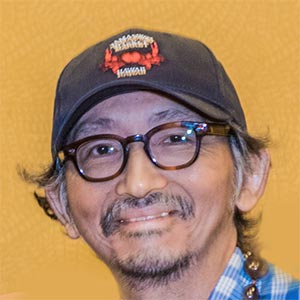 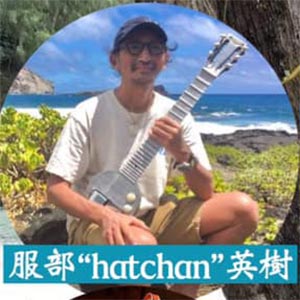 Hideki also appeared at the 2016 Slack Key Guitar Festival Windward Style in Kane‘ohe, where he showed his versatility as a slack key guitarist. Hideki recently appeared in the Hawaiian Steel Guitar Showcase's Open Stage Showcase, playing the Hawaiian steel guitar and backing himself up on the slack key guitar. Hideki largely grew up in Tokyo but spent three years in Sendai and one year in Nagoya. He started playing the guitar at age 16, focusing on rock music. 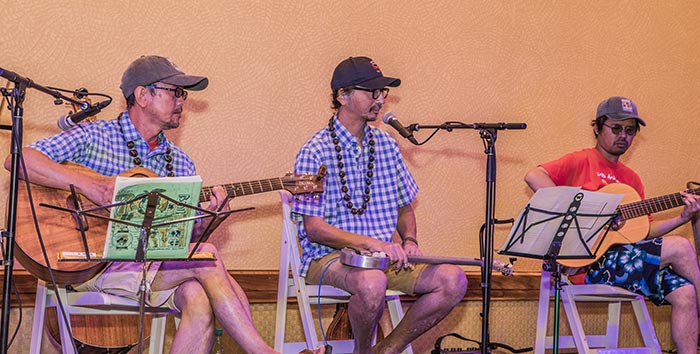 In the late 1970s, he became familiar with and was impressed by the music of Gabby Pahinui and Atta Isaacs on Ry Cooder's album, "Chicken Skin Music." His interest in Hawaiian music expanded when he began listening to albums by the Gabby (Pahinui) Band. "They are my first experience in Da Kine music," says Hideki.

In addition to playing the steel and slack guitars, Hideki also plays the regular guitar, ‘ukulele, and mandolin.

In addition to the Hawai‘i music festivals, Hideki has also played many festivals in Japan, mostly around the Kanagawa area. He plays with various musicians in the area, and his music embraces the Hawaiian, Western Swing, and Rock genres. He is currently studying self-recording at home and plans to release a CD in the near future.

Professionally, Hideki works in IT Service Planning and Management. When not working or playing music, he likes to take road trips, driving in his car.

Hideki comments, "I appreciate to Alan Akaka, Addison Ching and other staff of HIMELE for your passion and contribution to the preserving and promoting Hawaiian steel guitar and Hawaiian music."

This video is of a performance by Hideki doing "Twilight in Hawai‘i". This video was also featured in a recent Hawaiian Steel Guitar Open Stage Showcase.