This month we shine the Spotlight ON! Joe Stewart.

Joe was born in Springfield, Ohio. He moved to Wyoming at age 4 and subsequently moved to Denver, Colorado at age 11. This is where he says he grew up. Joe currently lives in Broomfield, Colorado, which is just north of Denver.

"We always had music around the house," says Joe. "My three sisters and my mother played piano. My younger brother played the drums and later took up the guitar."

Joe continues, "My first instrument was the alto saxophone which I started at age 10. I played the sax only through junior high."

Joe's next instrument was the guitar, which he started at age 12 and continues to play to this day.

"Before the guitar, I know there was an ‘ukulele that I played," recalls Joe. "I drove my sister crazy playing C C7 F G7 non stop for days on end. I learned chords from old sheet music that had diagrams either for ADF#B tuning or GCEA tuning." 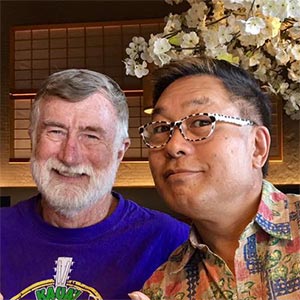 Early on, Joe had an old Hawaiian-style guitar, possibly an Oahu or something similar, with a nut extender. Joe remembers playing around with that instrument some, but after the bridge broke off, the guitar was discarded. Joe still has the original steel that he bought just for that guitar.

Joe continues, "I started going to Hawai‘i on a regular basis in 2001, and it was not long after that I bought my first ‘ukulele. I enjoyed playing the ‘ukulele and it brought me together with other like-minded folks playing music." 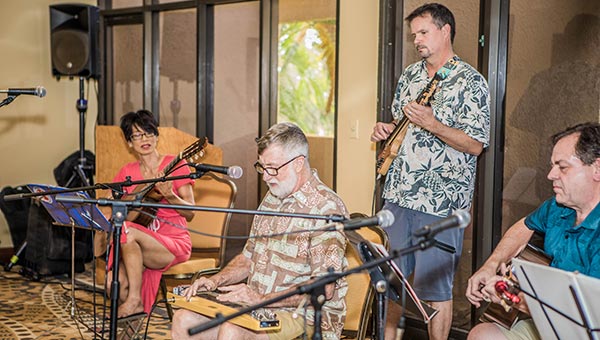 This video is of a performance by Joe doing "Blue Hawaiian Moonlight".