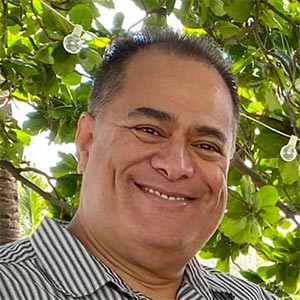 Pomai Brown was born in Honolulu, Hawai‘i on January 5, 1961 to Wilfred Ku‘ualoha Brown and Amy Kaelehiwa Keko‘olani. Being of Hawaiian decent (Keko‘olani of Waipi‘o), he attended and graduated from The Kamehameha Schools at Kāpalama. He began his musical career playing the ukulele with Ka Hale Hula O Keko'olani at the age of 12 and continued on with Band, Orchestra and Concert Glee at Kamehameha.

Pomai studied the Hawaiian Steel Guitar with Jerry Byrd and toured with Jerry in Japan. Pomai appeared as a featured steel guitarist at the 2012 Waikīkī Steel Guitar Festival.